Castles, Keeps and Strongholds Worthy of the Iron Throne

Game of Homes: Castles, Keeps and Strongholds Worthy of the Iron Throne

HBO’s fantasy epic, Game of Thrones, is no stranger to incredible real estate, with many Houses of the Seven Kingdoms presiding over a variety of hot, medieval properties. However, you don’t have to live in George R. R. Martin’s vast realm to get your hands on a feudal fortress. In a nod to the plains of Westeros, the dragons of Khaleesi and some of our favorite characters on television, here are eight castles, keeps and strongholds worthy of bearing the Iron Throne.

Whereas King’s Landing overlooks Blackwater Bay and the Narrow Sea, this regal keep presides over the plains of Southlake, TX. Described as a “residence fit for royalty,” the $4.5 million castle is certainly worthy of serving as the capitol of the Seven Kingdoms and manor to King Joffrey. Besides offering a lordly 9,477 square feet, the southwestern stronghold boasts a whopping 10 fireplaces, a wine-tasting tomb, private grotto, and a screening room adorned in medieval garb.

Just as Winterfell is found along the path to The Wall, Amsterdam Castle hails from one of the northern-most regions of New York – making it a suitable replacement for King Robb, ruler of the North. The turreted castle features more than 50 rooms, including a 10,000-square-foot ballroom, and a rifle range for Arya and Bran to practice their longbow skills. However, as I’m sure the Stark children would agree, the real selling point is the fallout shelter, an essential amenity for when, you know, Theon decides to make a poor life decision or two.

House Lannister made much of its fortune thanks to the goldmine found under Casterly Rock. The western wine country of St. Helena, CA is no stranger to gold prospecting, making this $17 million cliff top castle the perfect parlor for Lord Tywin and his depraved brood. From an infinity edge pool overlooking rose gardens and olive groves to a wine cellar built into the hillside, the 8,261-square-foot is certainly fit for one of the richest and most powerful families in all of the Seven Kingdoms.

Loras Tyrell has saddled up with King Joffrey and Tywin Lannister heading into the third season of the Game of Thrones, and the newly anointed commander may need to bunker down in his stronghold if he is to survive the War of the Five Kings. Just as Highgarden is set along the banks of the river Mander, this prized keep in Johnson City, TN is also sited along a waterway. Built in the mold of an 18th century Spanish castle, the polished bastion sports a majestic foyer with double-staircase lined in marble, hand-carved touches and other luxuries, of which the late Renly Baratheon would have been quite proud.

While not part of the Iron Islands, this small castle in the forested depths of Sedro Woolley, WA offers the utmost in seclusion and sanctuary. Tucked away on a tranquil 20 acres, surrounded by wet woods, creeks and waterfalls, the well-kept keep is a match for King Balon Greyjoy and his daughter, Princess Yara. It even has a private bridge for crossing the creek, much like the swaying rope bridges that connect the towers of Pyke.

It takes an extreme amount of skill and craftsmanship to build a castle atop the Mountains of the Moon, and in terms of solid masonry, foundation and walls, Greensboro’s Adamsleigh is equally unsurpassed. One of the most distinguished properties in the Triad, the 11-bedrom, 16-bathroom keep has its own High Hall of the Eyrie, along with custom paneling and woodwork in the mold of House Arryn’s custom throne made of weirwood. That being said, there are no sky cells for incarcerating Peter Dinklange Tyrion Lannister and other unscrupulous characters.

Like Harrenhal, Castle Post in Versailles, KY is a magnificently large, walled structure great for holding off hoards of bannermen, knights and marauders (not to mention zombies). However, like Harrenhal, Castle Post is probably ill-equipped to handle the fire of the Khaleesi Targaryen’s dragons. Still, the $30 million stronghold presents a formidable forward base for when Tywin Lannister’s army marches on Robb Stark.

Much like the Night’s Watch use Castle Black as their primary point for guarding The Wall, this snow-touched castle in Sandpoint, ID is the last line of defense between three major mountain ranges. Jon Snow and Samwell Tarly would feel right at home in the Alpine setting, which features delicate stained glass windows and a set of towers made for spotting White Walkers. 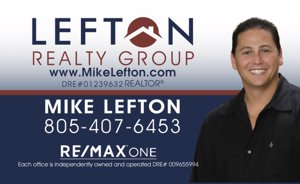 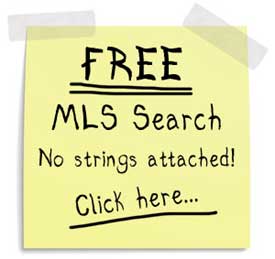